I found some excellent Live Rock from Gulf Live Rock. According to their website, they own a small area and deposit and harvest the so that they have a continual supply, which seems better than places that just go out and harvest some. The rock came teeming with life, including a few things I wasn’t sure how to take care of (mussels, tunicates). 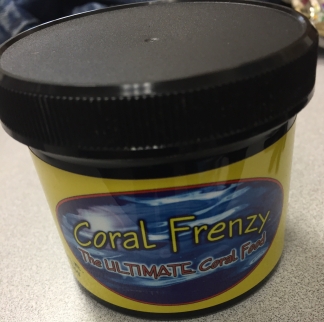 I had already bought some reef food that seemed to be working really well for the jellyfish, I’ve been feeding the tank with some “coral frenzy” (along with some brine shrimp) a few times a week and so far they seem happy with it. It’s shelf stable and lasts a pretty long time (since I only use 1/4 tsp at a time for a tank of my size). I’m probably over feeding right now, but the tank chemistry looks pretty good, and there are lots of new species growing in the tank. Pretty much every day I discover something new in the tank. I need to start keeping a record of all of the species of plants and animals I find.

I also got some rotifers and copepods to try to start a colony. Not quite sure what I’m doing with that, but I figure even if the populations don’t establish, the filter feeders will get a bit of a food boost for a while. The Green and Gold phyto are supplements that I keep in the fridge and add to the tank daily.

I took a few pictures with my phone’s camera, they turned out okay, I’ll take some better quality pictures in a bit. The different types of algae I think are considered a pest for most recreational reefers, but I’m really happy with this as an environment for the jellyfish. I also moved the remaining jellyfish over, they seem happy with the transition, hopefully they will start to thrive or even grow in their new environment. 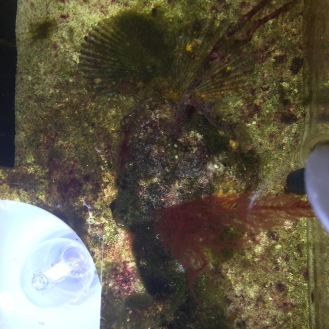 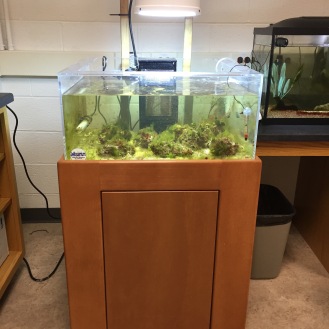 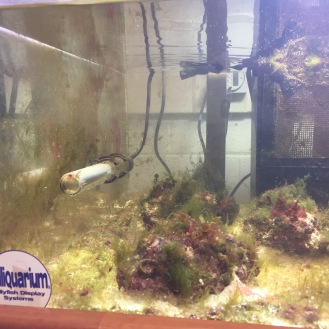 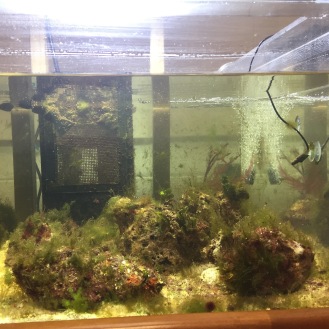 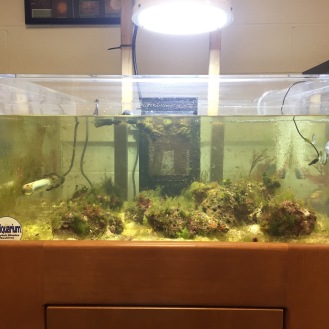 Getting live deliveries over Christmas break will be tricky, so I’ll probably wait until the new year to restock the jellies and get some anemones. That will also give me some time to establish the tanks and also to do something with the old tanks. One of them only has a few things in it and has a severe algae overgrowth. The first tank I set up seems to be doing well still, except for an inexplicable high phosphate count that I can’t seem to bring down. I don’t know where that is coming from. But the animals don’t seem too bothered by it, so hopefully as water changes continue it will come down at some point. 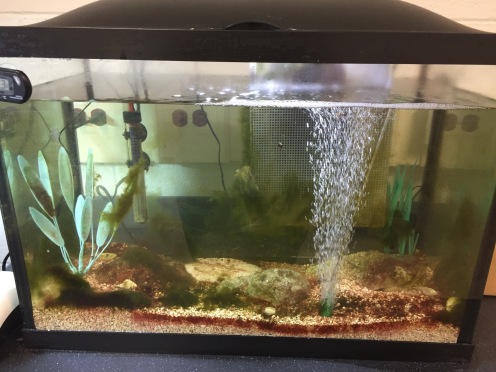